The topic of Feminism is certainly very controversial and people are willing to argue just about any point on both sides of the debate, pro- or anti-.

I certainly don’t want to get caught up in a senseless argument about if Feminism is a movement that our culture needs, or even what defines a Feminist.

People throw so many different meanings to the words, it’s hard to know what’s what.

But these are some thoughts I have on why what is viewed as pro-women is not working for our society.

For some, although not all, Feminists, pro-women means anti-men.

Sure, that doesn’t mean that they want to dispense of men altogether (well–why not, if women are perfectly capable of doing everything?), but they are willing to view every man that walks down the street as someone who is against them.

Whether it’s a boss who gives a promotion to a man (who happens to be better qualified for the job) over her, or a preacher who talks about the fact that men and women have different roles in life (which I happen to believe is true) they view everyone as “out to get them”.

We don’t all want to read a tirade on Facebook about how men put you down all the time.

If Feminists are all for equality, they should understand this stuff–right?

Instead of being pro-women as in women get the same benefits of society while still being women, we are trying to switch gender roles.

And yes, I believe there are only two genders out there–and you are what you are born.

I do not, however, believe women should be treated like property, should be forced to have sex without consent, shouldn’t be able to have a job, or hold property, or go without an education.

But those are basic human rights for both male and female.

I don’t think we should single women out for people’s rights.

Yes, it is a thing that the world is still struggling with—for women to be able to be independent humans.

Yes, women around the world are still being sold into sex trafficking, not allowed to own property, and going without an education.

And I think we should fight those things.

But Feminism is simply taking us to the extreme other end of the spectrum, and still messing up our society in different ways.

More and more I see “working moms” out taking on the world, while their increasingly wimpy husbands are home changing diapers.

Don’t get me wrong; guys should be involved with their kids.

But this whole role-switching tends to get us all upset with each other.

The husband wonders why his wife is so independent she doesn’t need him anymore, and the wife gets disgusted at her husband’s lack of initiative and masculinity.

The reason for this is simple: God specifically designed us women to be more suitable (emotionally and physically) to nurture children and take care of a home, and He made men more suitable to be the providers and warriors.

Do I have a job? Yes. But I am a single girl. If I ever have kids, I definitely want to stay home with them!

And this is not to throw stones at the women who are single moms and need to have a job, or women whose husbands are not able to work.

I’m just talking about this whole women-against-men type of attitude that’s going on in our culture.

I think Feminists are just taking things a bit too far.

In getting away from women in a nineteenth-century slave role, we are going to the opposite end of women in absolute power with men in subservience.

Let’s be pro-people, and stop applying stereotypes and limitations on people.

All men (and women) are created equal.

Equal in value, not created the exact same being.

What are your thoughts on this matter? I believe in being open to different opinions.

Leave me a comment about what you think are the best and/or worst aspects of Feminism!

8 thoughts on “Feminism: Thoughts on How the Pro-Women Movement isn’t as Good as it Seems” 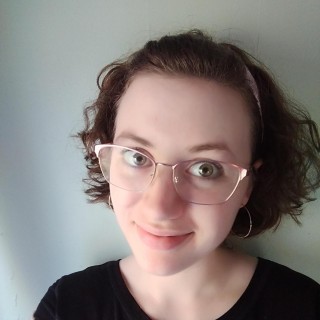 Every Woman a Theologian